Ready for some Christmas Chaos?

Ready for some Christmas Chaos?

Fires from Christmas trees are common during the holiday season with as many as 10,000 additional fires reported in Germany compared to other days of the year.

This could be due to many Germans who like to put actual candles on their trees which can catch fire on the drying pine needles. Even when people are nearby, there is still a chance that they can spread more quickly than they can be put out.

And, although you might not be worried about fire coming from your tree, there is also the chance that the New Year’s firework pandemonium Germans are famous for could come through your window (even though the government recently banned fireworks). Just last year Deutsche Welle published an article about Germany’s love affair with pyrotechnics even during the pandemic.

This supports an article from BZ which stated that last year during New Year’s, there were 617 fires and 806 emergencies that the Feuerwehr (Fire Department) responded to in Berlin alone. That was also during the lockdown in Berlin — so the number might have been higher had this happened under normal circumstances.

Not worried about fireworks or your tree catching fire? Well, there is still one more popular way to set your apartment on fire this holiday season: cooking fires. Imagine having a few too many mulled wines, enjoying snacking as you cook tons of food all day. You fall asleep on the couch (without actual candles on the tree, of course), and the food catches on fire.

Hard to believe? Well, in the United States, 49% of all home fires are caused by cooking fires. These are quite dangerous because of the grease or alcohol used during the cooking process which require a fire extinguisher to put out. If not — some people might instinctively run for water and make things even worse.

While not everyone will experience their Christmas tree light on fire, fireworks bursting through the window, or a forgotten pan ending their holiday festivities early, it’s also good to note that most break-ins and burglaries happen during December in Germany.

They also happen during the times of 16:00 to 18:00 with the initial break-in only lasting 10 to 15 seconds — so it’s unlikely that your over-observant German neighbor will notice anything unusual.

Break-ins are most common from November to February, so it isn’t just during the holiday season that you should be most worried.

How does household contents insurance help in these situations?

Now that we’ve probably caused you a bit of anxiety, we’ll tell you how to fix it. The situations and numbers above are documented by the number of insurance claims per year for household contents insurance. In the case of a fire or burglary, household contents insurance will help you replace your valuables and pay for temporary housing until your apartment is in a livable condition, or you find a new place to live.

Check it out here!

Broken or defective objects during the holidays

Now that the most impactful Christmas chaos has been covered, we can move to a lighter topic that will probably happen to everyone: breaking someone else’s stuff. Whether it’s your child who knocks over your uncle’s laptop that he needs for work or your dog that gets the zoomies and destroys your grandma’s new porcelain tea set, you’ll probably end up using liability insurance.

Another common reason that you might need to use your liability insurance other than accidentally breaking something, is that retailers might not be willing to refund your purchases if they’re broken. They might claim that your purchase is a few weeks old, so you should have mentioned it beforehand, when, in reality, you had packed it and were waiting to give it to someone else as a gift.

Something many also don’t know is that liability insurance is also there to protect you legally, so going against a retailer won’t just be you submitting a liability claim against a major retailer, but two large insurance companies deciding if the claim is valid or not. If you want to know more about what it covers, see our guide to liability insurance.

Our guide to personal liability insurance in Germany 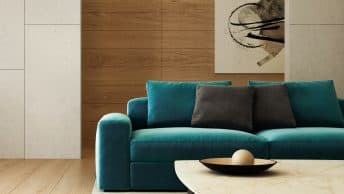 What is household contents insurance and what does it cover? 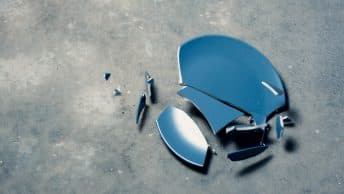